He who builds a masjid in the way of Allah, God will build a house for him in paradise. – Sahih Muslim

Continuing from the theme of ATSA Architects’s previous publications, this week’s featured book is a straightforward monograph featuring a collection of Malaysian mosques – from the earliest, the Kampung Laut Mosque, built in 1676 in Kelantan to the latest, the Raja Haji Fisabilillah Mosque in Cyberjaya. The proposed number of mosques to be featured started at around 50. The inclusion of other notable mosques first pushed the count to 80 and then to 99, in honour of the 99 names used to describe Allah. Eventually that too was scrapped after the compilers discovered there were other notable historical mosques that should be featured, particularly since the materials provided were ready and almost completed. The final count ended at slightly over a hundred (out of which a handful are still in the ‘proposal’ stage), a fair but not overwhelming representation of Malaysian mosques.

In their earlier book, Masjid – Selected Mosques from Around the World, the focus was obviously global. The underlying message in this new volume, Masjid: Selected Mosques and Musollas in Malaysia, is to record the evolvement of mosque architecture in Malaysia and their history. It also gives the reader a glimpse into the future of the country’s mosque designs. 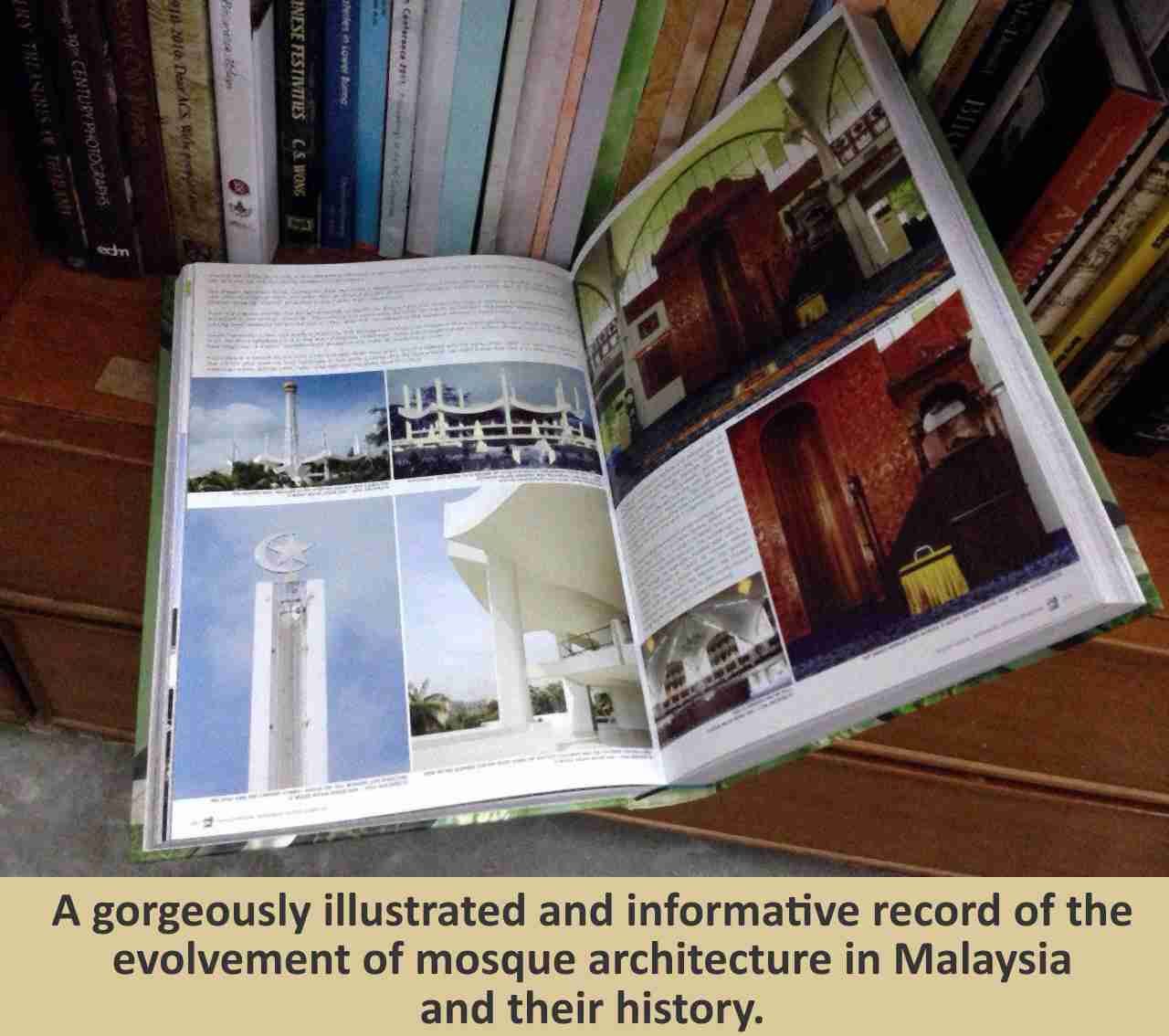 The advent of Islam spreading within this region did not lead to the introduction of a new form of Islamic architecture that was not indigenous to the region. Rather, it saw the appropriation of existing architectural forms that were then reinterpreted to suit Islamic description and usage. Many of these earlier mosques were built prior to the European colonialism period which began in 1511. The architectural influences were mainly from the previous forms of the prevailing Buddhist Hindu architecture with some influences introduced by carpenters from China. During Dutch rule a century later, Javanese and Sumatran elements were infused into a new form of architectural typology. By the turn of the 20th century, a hybrid of Mughal, Byzantine, Romanesque and Gothic influences resulted in the now all-too-familiar mosque architecture featuring domes, arches and minarets. Although contemporary mosque architecture is unlikely to change radically, new structures will incorporate ‘earth-friendly’ elements like sustainability, zero carbon emission or carbon-neutral buildings.

As the Muslim population increases, many more mosques will surely be built. If contemporary architects are successful in changing the mind-set of the majority of the Muslim communities, a paradigm shift to future expectations of mosque architecture may result. It is the publisher’s hope that future additions, or volumes will be produced to continue recording many other notable past and future mosques for easier reference, and contribute to existing knowledge on mosque architecture and its future design direction.

Also available: 50 Years of the National Mosque, a bilingual (English and Malay) monograph produced in conjunction with the Exhibition to celebrate the 50th Year of the National Mosque (1965-2015), held at the Islamic Arts Museum, Kuala Lumpur, Malaysia from 5th September to 13th October, 2015.

About the publisher: Multi-award winning ATSA Architects was founded in 1992 by Ar. Azim A. Aziz, Ar. Zulqaisar Hamidin and Yee Teck Choon. Regarded as one of the better established architecture firms in Malaysia, ATSA has been accorded within the Top Ten architectural practices in Malaysia by BCI Asia for several years.