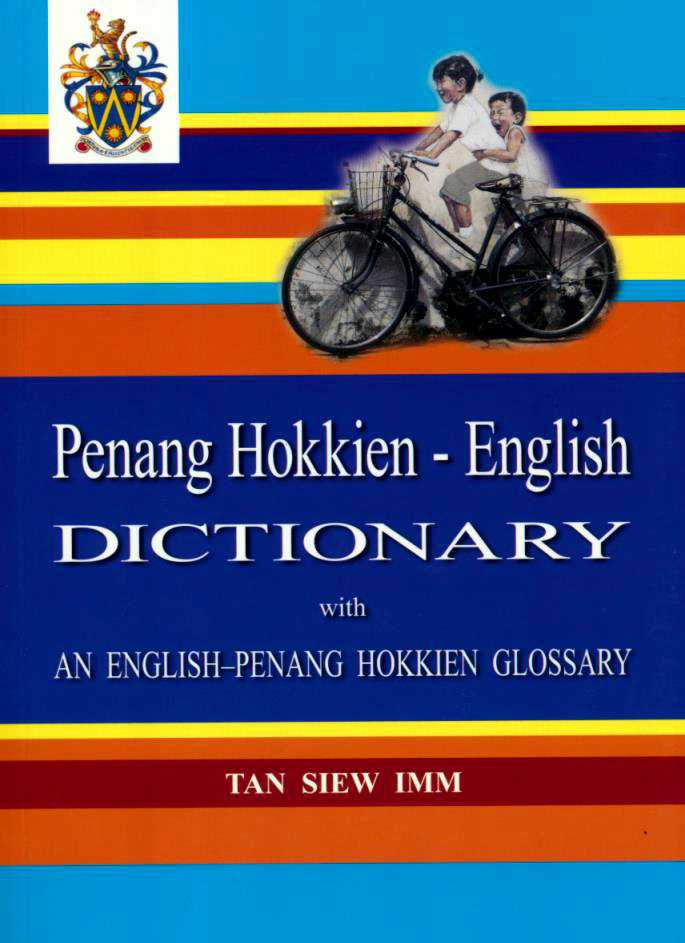 Although it is unlikely for someone to completely forget his or her native tongue, languages do become endangered or extinct due to underuse or because they have few surviving speakers. Examples include the Pawnee and Sherpa languages of North America and India. Another language that is headed for the critical list is Penang Hokkien, a spoken dialect comprising a lilting mélange of original Chinese words and some borrowed from Malay.

Tan Siew Imm, a former lecturer at Sunway University’s Centre for English Language Studies said that Penang Hokkien is presently at a ‘vulnerable’ stage. She’s not alone in making this alarming claim. According to Catherine Churchman, an academician from New Zealand, Penang Hokkien will be ‘dead’ in 40 years if people stop using it. Recognising this dire situation, Tan set out on a mission to protect her precious mother–tongue from disappearing, and came up with the Penang Hokkien – English Dictionary, which carries over 12,000 entries. This new dictionary is by far the most comprehensive on the market. 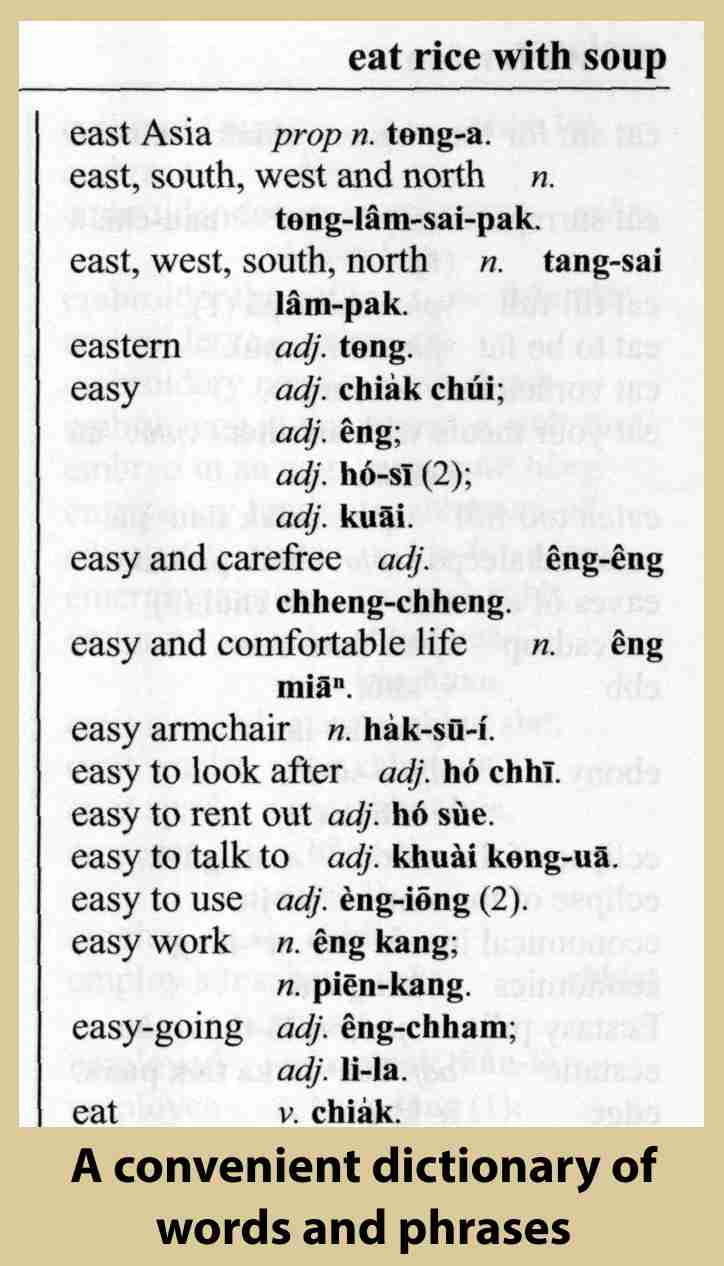 Compiled after more than three years of research, Tan’s lexicon is designed to be user-friendly for both natural users and learners of the language. It lists both Hokkien words and phrases, and their definitions in English. The orthography used in this dictionary is based on the one used by Carstairs Douglas in the Chinese – English Dictionary of the Vernacular of Spoken Language of Amoy (1873). After almost 150 years however, it is obvious that spoken Hokkien language has evolved, and the necessary changes to reflect the current usage of the language by Penangites have been captured in this new dictionary. In addition to literal translations, for example guân–chú for plastic, it also provides culture–specific terms used, such as thīm kam, which is the practice of throwing mandarins into the sea during the last day Chinese New Year. The dictionary also has an English–Penang Hokkien glossary which translates phrases used in everyday verbal communication.

Penang Hokkien is quite popular in Malaysia – spoken in the northern states like Perlis, Kedah, Penang and Taiping, and the east coast states of Kelantan and Trengganu. However, the status of the language as a mother tongue has been threatened by political events and social engineering. Hokkien, for example, has not been taught in schools in Penang since the establishment of the Republic of China in 1911, when Mandarin was made the Chinese national language. A recent study suggests that the use of non–Mandarin Chinese languages has declined as many Chinese Malaysians use Mandarin as their lingua franca and do not teach their children their own language. Of those who use Hokkien, as high as 70% of them communicated in Hokkien with their grandparents, and not their parents. This means that when grandparents passed on, the younger generation will stop using the language.

With the publication of this new dictionary, it is hoped that Penang Hokkien will be given a big boost in the face of the growing influence and use of Mandarin among the various ethnic Chinese groups in Malaysia. 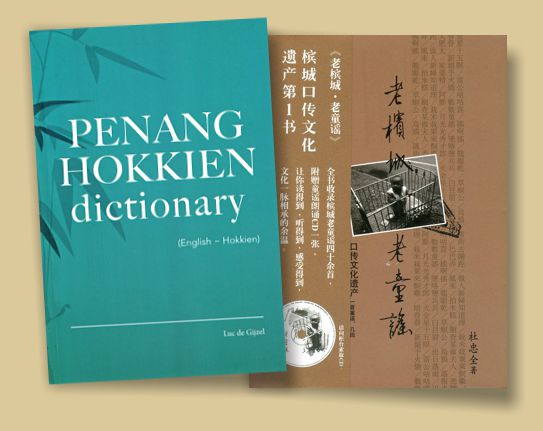 Penang Hokkien Dictionary (English – Hokkien) by Luc de Gijzel which features over 7,500 vocabulary entries as well as supplementary chapters on celebrations, short phrases, expressions and grammar.
Lao Bincheng, Lao Tong Yao (Hokkien nursery rhymes in old Penang)/ 老槟城·老童谣. A collection of traditional nursery rhymes with a CD, so you can read, hear and feel the culture of old Penang.