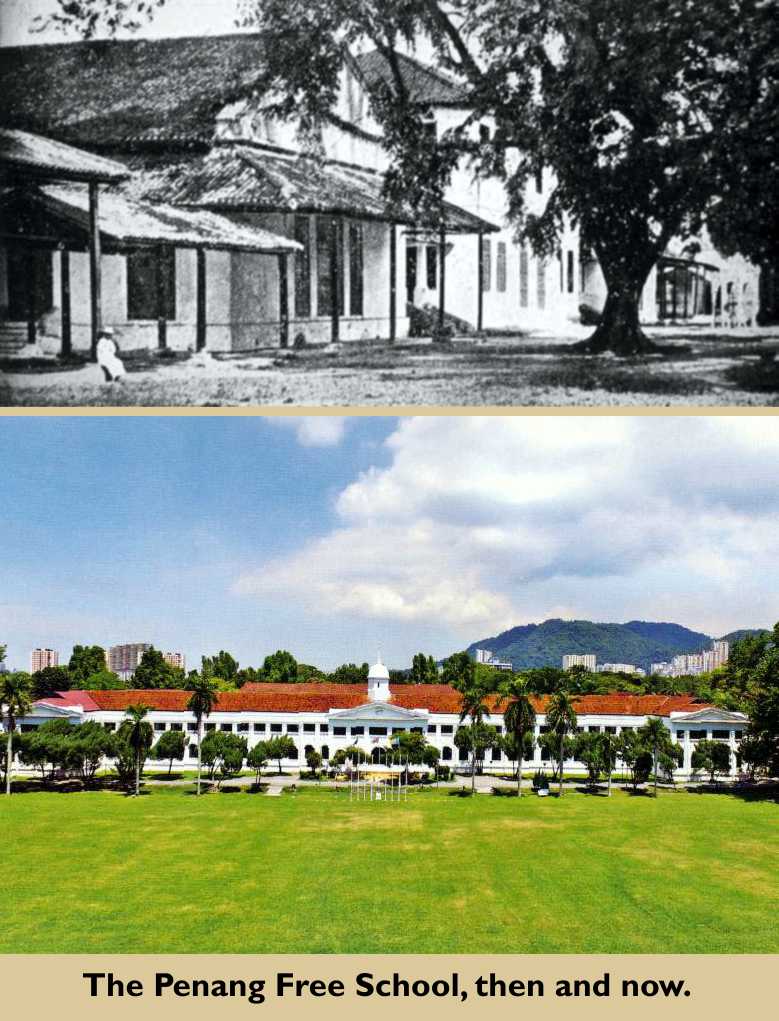 Fittingly, our featured book Let the Aisles Proclaim was originally launched to commemorate the school’s bicentenary celebrations in 2016. The title was taken from one of the most recognisable lines of the PFS Rally, which, incidentally, was composed for the school’s 150th birthday celebrations. In the last 100 years or so, there had been various attempts to document PFS’s long and rich past. While these early attempts did provide brief accounts of the school’s progress and achievements since its establishment in 1816, the ﬁner details of the school were often overlooked. When the Bicentenary Committee ﬁrst decided on a long-term literary project to chart a more comprehensive history of the oldest English school in Southeast Asia, the task fell on ex-student Quah Seng Sun to dig deeply into the past and take a fresh look at the School’s long history. Let the Aisles Proclaim, the story of the ﬁrst 200 years of the Penang Free School, is the impressive culmination of some 2 years of hard work.

This book is more than just a chronological documentation of the history of Penang Free School, said Dato’ Haji Abdul Rafique, chairman of the PFS Board of Governors. “ Let the Aisles Proclaim pays ﬁtting tribute to the men and women who have passed through the portal of the Penang Free School and the institutions that are closely connected to the school itself. The book is also about the school’s long traditions and proud heritage, and bears testimony to its competitive spirit. We take inspiration from the successes of Old Frees and apply them to the Frees of the present. Penang Free School has thriven through 200 years and the members of society who have passed and will pass through the School, are conﬁdent that she will still progress through the next 100 years.”
​
About the author: Quah Seng Sun studied at Penang Free School from 1966 to 1972. After a short spell as a newspaper journalist in his home state, which sparked his life-long interest in writing, he worked in the banking industry for 24 years and then in an Internet-based recruitment company. After his retirement, he returned to his passion of freelance writing.