Anyone who has travelled to Thailand’s southern border would have a hard time conflating this troubled zone with the country’s touristy image as an exotic, tropical getaway and the ‘Land of Smiles’. A long-running and seemingly endless conflict at the Thai kingdom’s edge, in the Malay-Muslim majority southern provinces of Patani, Yala and Narathiwat, has exposed a deep sense of discontent within many segments of Thai society. After more than 12 years of conflict, and over 7,000 deaths and 12,000 injuries, there is still no end in sight to the violence.

Our featured book this week is Richard Humphries’s Kingdom’s Edge, a pictorial journey to the strife-torn Thai-Malaysian border that attempts to highlight the human suffering and devastation in the conflict zone. Richard has described the area as “a largely forgotten outlying pocket of territory that today has more in common with Kuala Lumpur than distant Bangkok.” (Some of us might remember the author who was in Penang recently to present the book at two events). 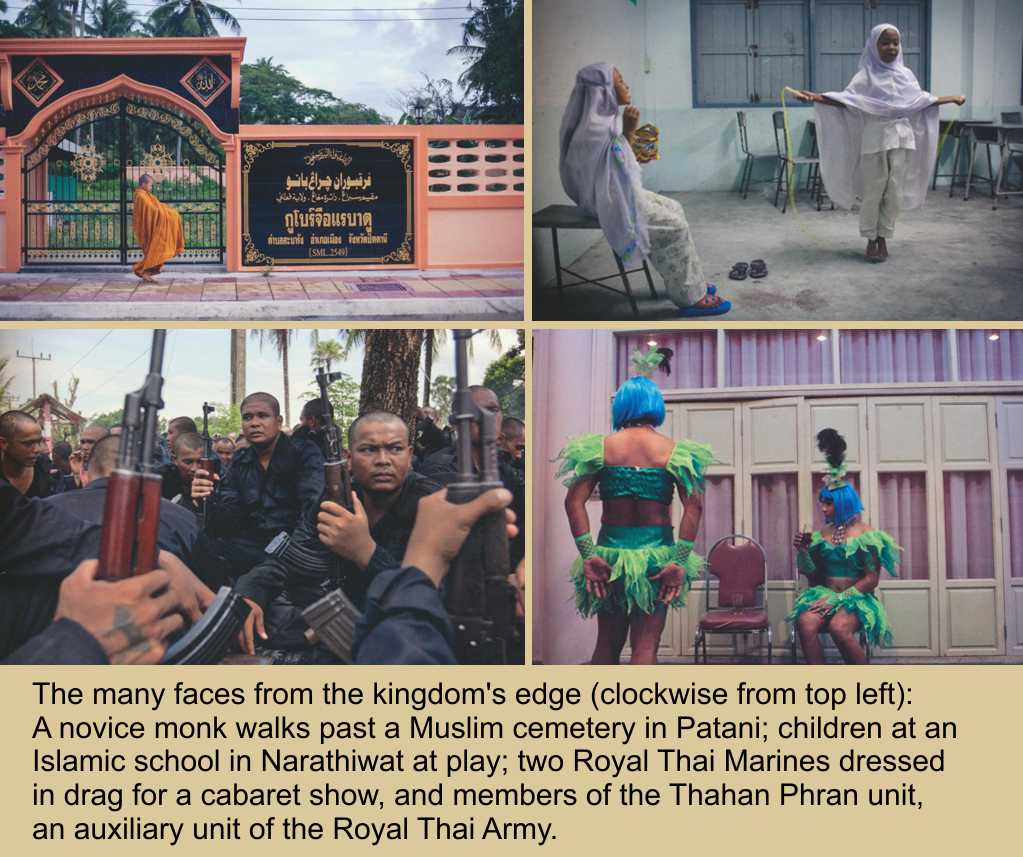 What partly inspired the writer-photographer to come up with this book was, as he described it, a “fascination for borders.” “l have always found them intriguing. They represent the edges of societies, a place where different people come together, sometimes in discord, in coalescence, some pushing, some pulling. The Thailand/Malaysia border is a relatively new one; drawn on a map by the British and Siamese after they signed their agreement in 1909, dividing what was then Malaya between them. I have come to know the deep south as much more than the monotonous one-dimensional news reports from all those years ago. The violence is still rife, and peace remains profoundly elusive, yet its cities and towns teem and bustle with life. It is a complex society that is both Muslim and Buddhist, Malay and Thai. It is both old and youthful, calm and restless.”

With skilful and empathetically shot pictures, Richard taps into his keen instincts for how a true story should best be told, and transfers these instincts directly to the pages in his book — inside Kingdom’s Edge are over 70 images of everyday life made poignant. Places of trade and worship; people young and old, religious and secular; tudung-clad girls at play and in prayer; soldiers in rugged action and soldiers dressed in drag; menorah performers, scenes of peace and devastation, and many more. The thoughtfully crafted texts accompanying each photograph, although succinct, are interesting and informative. Richard concludes his book with a fervent hope: “that in some way I am able to give a voice to those that have none, at the farthest edge of the Kingdom of Thailand.”