Mike Gibby has captured – for the first time – not only the fascinating ‘journey through time‘ of Penang Hill but also what it means to visitors, residents, Penang and the world, including a discussion of its possible futures and a helpful walker’s guide for discovering many of its hidden gems.

History credits Francis Light as the first European to open up Penang Hill for settlement when he plotted a horse track from the Penang Botanic Gardens in 1788. Colonialism arrived and exited, and the hill, although no longer European, has not lost its quaint old world ambience. There’s plenty of history left in the antiquated buildings, and the stories they tell reveal a lot about colonial life as well as the local history of Penang. Owing to its rich and colourful past, Penang Hill was used extensively for the filming of the 2015 British period drama Indian Summers.

For many people, Penang Hill exudes a charm that is hard to quantify. For most of its history, its highest ridges were the preserve of the rich and privileged, while its slopes were cleared for cloves, nutmeg and coffee plantations. “Perhaps its restricted access has been its saviour”, says Mike Gibby, author of this week’s featured book Penang Hill – A Journey Through Time. “Although its summit was conquered with both a road and a railway, neither of those, nor world wars, financial crises and neglect dampened its charm, creating a unique pearl at the heart of Penang.” Today, we are faced by an explosion in the number of visitors to the Hill, enjoying its unique character. Yet there is an extraordinary lack of accurate information about the Hill, its history and its heritage. 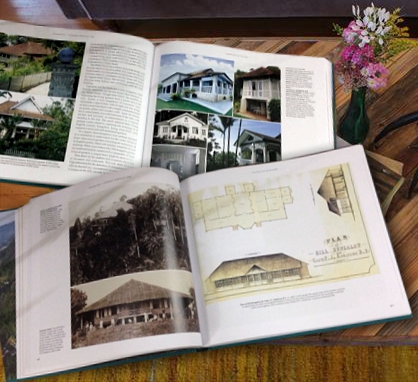 Richly illustrated, Penang Hill – A Journey Through Time is both a labour of love and a guide to the wonders of Penang Hill. It is essential reading for all, from policy makers and planners concerned for its future, to its residents, habitués and casual visitors. Generously filled with over 500 images (some never before published), it is the first and only complete telling of the story of Penang Hill. Possessing enough charm to appeal to a wide audience base, this is truly a book to treasure.

About the author: Mike Gibby is a British-born educator who has spent the majority of his life in South East Asia. He holds a B.Sc. in Biology from the University of Leeds and a M.Sc. in Evolution from the University of Liverpool. His primary interests in the life sciences are in the related fields of ecosystems, conservation and evolution and he has a passion for historical investigations. As a committed educator and outdoorsman he has lead expeditions to the mountains of Ladakh, Nepal, Iceland, Norway and Morocco as well as the principal summits of ]ava, Sumatra, Vietnam, Malaysia and South Korea. Mike is a keen hiker, biker, photographer and explorer of the many wonders of Penang. Presently based in Penang, Mike is also the author of Street Art Penang Style (2016) and Crowned with the Stars: The Life and Times of Don Carlos Cuarteron: First Prefect of Borneo 1816-1880 (2005).

« 12 May 2017: I, KKK ― The Autobiography of a Historian
Dedication and Personal Choices ‘are the key’ to a Healthy Environment »