Areca Books celebrates the year of the rooster with all its friends and customers!

It’s the perfect time to pick up a few good titles from our store, for yourself or as gifts.

Sun Yat Sen in Penang, authored by Khoo Salma Nasution, tells the story of how the Second Guangzhou Uprising, a turning point of the 1911 Chinese Revolution, was planned from a place 2,400 km away – in Penang in present-day Malaysia. Dr. Sun Yat Sen (1866-1925) was the foremost Asian nationalist figure of the early 20th century. As a young revolutionary, he travelled widely and lived amongst the Chinese communities abroad, including Japan, North America and Southeast Asia. He mobilized the overseas Chinese with the dream of saving the Chinese nation. It was in Penang that Dr. Sun convened the Penang Conference in November 1910 to plan the Huanghuagang Uprising in Guangzhou, China. This event, a turning point of the revolution, was strongly supported by the Overseas Chinese. The Xinhai Revolution later that year led to the inauguration of the Chinese Republic.

In commemoration of Dr Sun Yat Sen’s 150th birthday on 12 November 2016, the Sun Yat Sen Museum Penang launched the new Road to Dawn DVD, a 2007 historical drama depicting an episode in the great leader’s revolutionary life, when he sought refuge in Penang from July to December 1910. Shot exclusively on location in Penang under the direction of Hong Kong filmmaker Derek Chiu, the film, with popular actor Winston Chao in the leading role, has garnered several prestigious international awards. 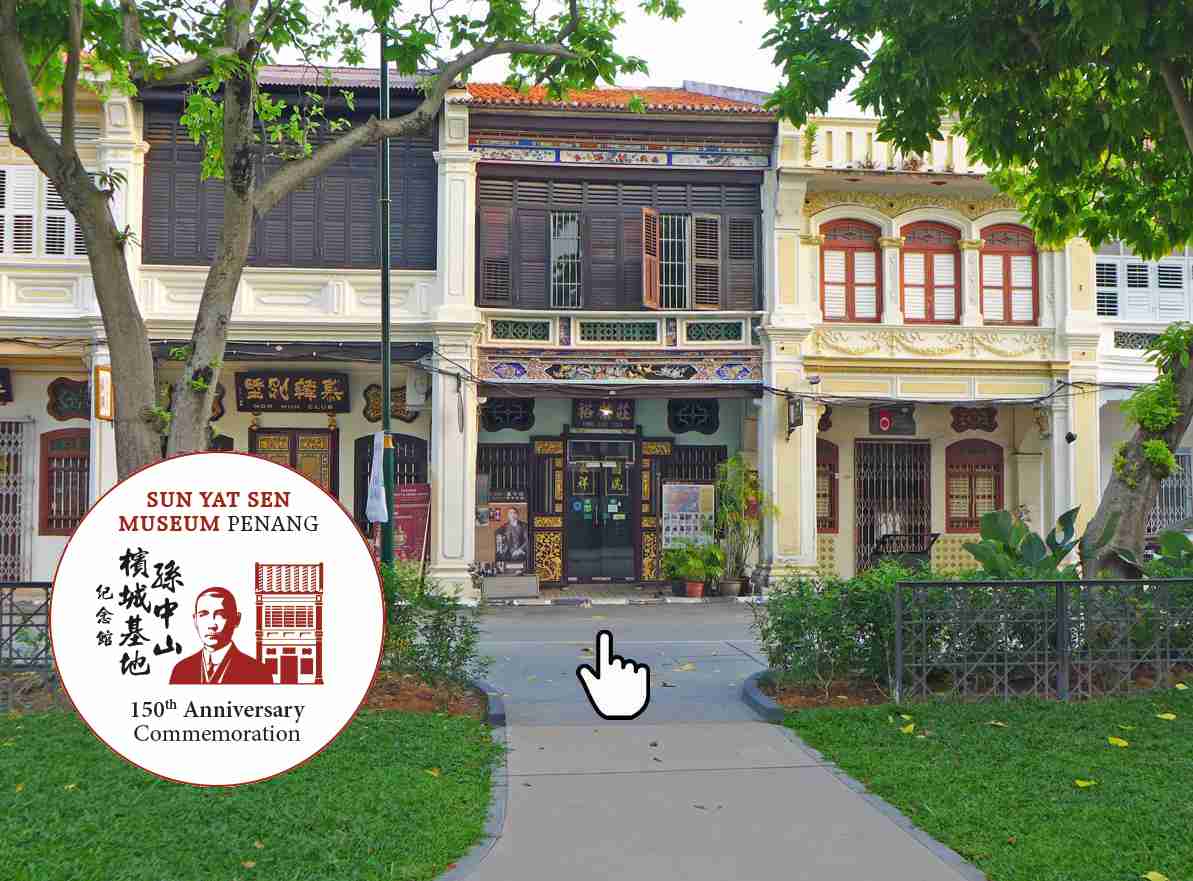 In 1910, Dr Sun Yat Sen’s revolutionary movement operated in Penang under the guise of a reading club at 120 Armenian Street. Today, the premises is showcased as the Sun Yat Sen Museum Penang, a sister concern of Areca Books.

Open to the public since 2008, the historic townhouse has helped to stimulate a broadening awareness of the legacy of Dr Sun Yat Sen’s movement among the overseas Chinese. What is lesser known is that Dr Sun was also an inspiration to a number of nationalist leaders in Asia, from Soekarno to Ho Chi Minh. The townhouse in the George Town World Heritage Site illustrates a strong link to global history. Tens of thousands of visitors and schoolchildren have come to learn about this special connection. The 150th anniversary of the birthday of Dr Sun Yat Sen was celebrated recently on November 12, 2016, and this year we will continue to make special announcements about the history of Dr Sun Yat Sen in Penang from time to time.