Stories of bandits and their legends have an endless fascination for many people all over the world. Bandits are seen as romantic figures, or as free spirits leading adventurous lives. They are the subjects of songs, poetry, paintings and films. – Cheah Boon Kheng

Our book-of-the week, Cheah Boon Kheng’s The Peasant Robbers of Kedah 1900-1929: Historical & Folk Perceptions is a fascinating account of banditry and the society where it ﬂourished. It all began with a question that had been tickling the imagination of the academician-writer for some time: did Malaysia ever have ‘social bandits’ of the Robin Hood type, and if so, what were they like? What were their stories?

Serendipitously, the answer appeared just when Cheah was least expecting it, at the library of the Australian National University in 1975, when he spied upon a copy of Mansor Abdullah’s Panglima Nayan: Robin Hood Malaya. Originally published by Saudara Sinaran in Penang in 1960, the story, spun from a mélange of ﬁction, history and childhood recollection, described the activities of a Malay peasant robber who operated in the central plains of Kedah. He robbed from the rich to help the poor, became a panglima (captain), led a gang of robbers, fell in love with an Acehnese merchant’s daughter whom he had kidnapped, and then was killed by a robber-colleague in a police ambush. 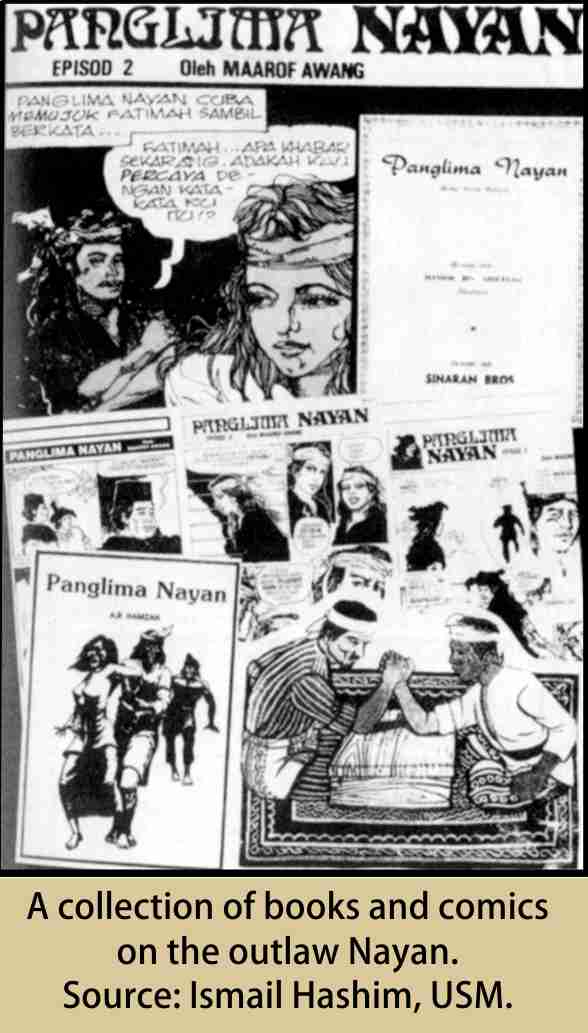 ‘Social banditry’ was endemic during the early twentieth century, in the countryside near the border between the northern Malaysian state of Kedah and Siam – “one of the most lawless and insecure districts” in British Malaya during the 1920s, according to Governor Sir Laurence Guillemard. Outlaws like Panglima Nayan, Salleh Tui and Awang Poh were village ruffians who rose to become heads of criminal bands because of their leadership qualities, daring exploits and skills in armed combat. Panglima Nayan, for example, was glorified as a local hero for purportedly fighting against social injustice.

Seen from the perspective of the peasant community, Cheah concludes that banditry grew out of lax government, weak policing, the geography of the border region and underdevelopment, and suggests that bandit heroes might be seen as symbols of rural protest. His discussion of the details of rural life in the early twentieth century and the conditions that underlay rural crime also provide a unique social history of rural society in Malaya.

When it ﬁrst appeared in 1988, Cheah’s innovative book broke new ground in Malaysian studies. It is now reprinted for a new audience.

About the author: Born in Klang, Selangor, Prof Cheah Boon Kheng began as a journalist with The Straits Times. Fluent in both Malay and Jawi, his tenure with the History Section at Penang’s Universiti Sains Malaysia (USM) was marked by conspicuous research, publications, teaching and admirable academic leadership. He retired as Professor of History at USM in 1994. He also served as a vice president of the Malaysian Branch of the Royal Asiatic Society and editor of the society’s journal. Cheah died in 2015.