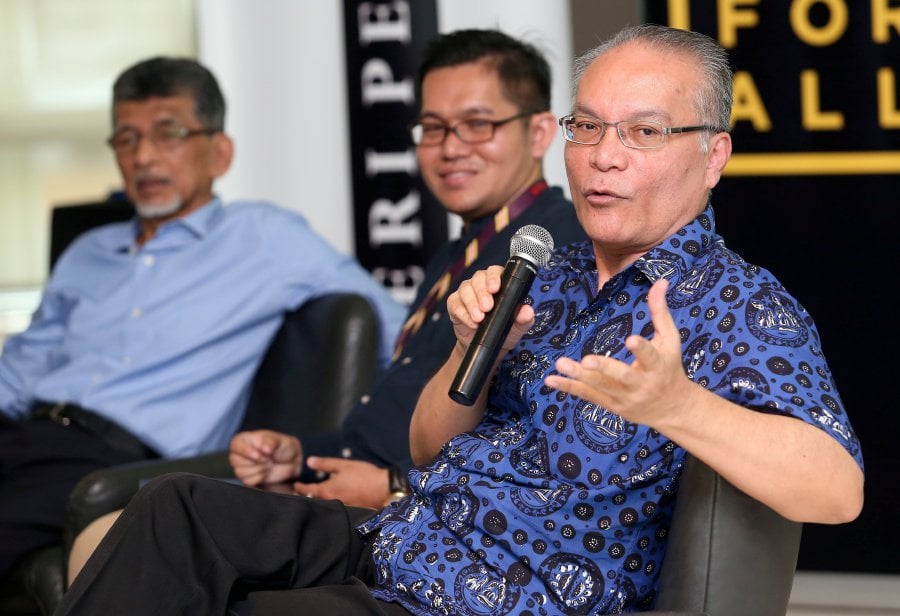 The book’s author, Abdur-Razzaq Lubis, said the book sheds light on new information pertaining to the history of the nation’s capital.

The book lends focus to the role of Sutan Puasa, a Mandailing merchant in the early days of mining activities in Kuala Lumpur in the mid-19th century.

Book Conversation of Sutan Puasa, Founder of Kuala Lumpur at Galeri Petronas, Suria KLCC. Pic by NSTP/SALHANI IBRAHIM
Abdur-Razzq said his book was the outcome of his study to establish data and facts on the true founder of Kuala Lumpur. He said it disproves the notion of Chinese Kapitan Yap Ah Loy, or Raja Abdullah, who was Orang Besar Jajahan Klang as being the founders of Kuala Lumpur, as presented in most textbooks today.

“Yap Ah Loy was removed from his ‘throne’ as the founder as Kuala Lumpur, and then Raja Abdullah was named as the founder, but none of these were proven.

“We know the polemics that will rise (from stating that Sutan Puasa was the founder of KL). In fact, some people have even begun to reject this writing without even reading it.

“However, my studies will show the facts behind the individual who became the founder of Kuala Lumpur, and that is Sutan Puasa,” he said at a panel discussion as well as a ‘meet the author’ and book-signing session at Galeri Petronas on Sunday. Abdur-Razzaq said his book on Sutan Puasa, also known as Sutan Naposo, took five years to complete due to various challenges in his research and his attempts to obtain reference material.

The book carries a preface by Professor Emeritus of Asian Research and Geography, Terry McGee, of the University of British Columbia in Vancouver, Canada.

In the preface, McGee, who had personally researched the history of the Malays in Kuala Lumpur and the Peninsular in the 1960s, described Abdur-Razzaq’s book as lending a new interpretation of the early history of KL and its outlying districts.

Galeri Petronas curator, Ratna Siti Akbari, said the book opens up opportunities for people to learn more of key events in the nation’s history. “Kuala Lumpur, which was originally a mining area and later evolved into a trade centre, has a long history on who actually founded it, whether it is Yap Ah Loy, Sutan Puasa or Raja Abdullah.

“This is up to the historians to decide,” she said. — Mohd Azrone Sarabatin and Siti Haliza Yusop

This article first appeared on 8 April 2018 in the New Straits Times.

« Suara hati waris Sutan Puasa
Yap Ah Loy May Not Have Been the Founder Of Kuala Lumpur, According to This New Book »